Pruning Tools and How To Prune

Buy the best tools you can afford for they not only do the job well but will last you a lifetime if care for properly. Pruning tools should always be sharp when pruning so clean cuts can be made. Cuts that result in bark tears, stubs, and a jagged surface are slow to heal, or they may not completely heal over.

They are called by many names - hand shears, secateurs or by-pass pruners. This is the most common pruning tool used by farmers. There are two styles of hand shears: scissor/hook-and-blade and anvil. 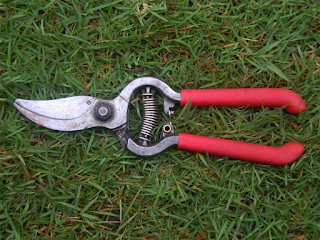 A  scissor or hook-and-blade shears

Scissor, or hook-and-blade, shears are considered by many to be the best. They make cleanest, closest cut. A scissors type of hand shear is used to prune small size wood up to 1/4 inch diameter. 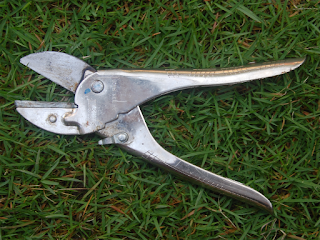 An anvil shears
Anvil shears have a straight-edged blade that cuts against a soft metal anvil. They are lighter than other shears, but cannot cut as closely or as cleanly. They can crush the stem as they cut it. 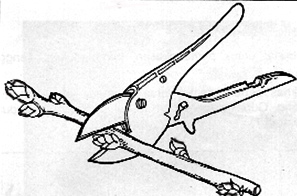 Do not cut stems more than 3/4-inch in diameter (about pencil thickness) with hand shears. 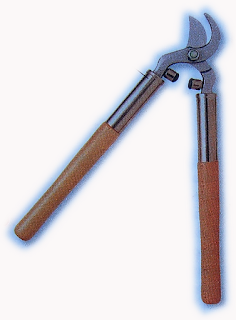 Long handled loppers are used for cuts about 1/4 to 1/2 inch in diameter and are usually needed by the third year of tree growth.

Loppers require two hands to use, bring additional leverage to bear, allowing you to cut  branches up to 3 inches in diameter.

Loppers are useful for pruning hard-to-reach or thorny growth. 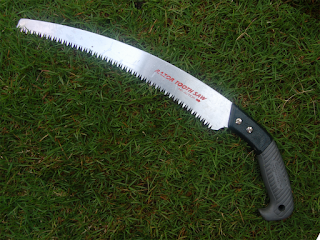 3. Fine-toothed pruning saw
A saw will be needed for branches larger than 1/2 inch or cuts where pruning shears and loppers cannot reach. For branches greater than an inch in diameter, use a pruning saw,  not a carpenter’s saw. 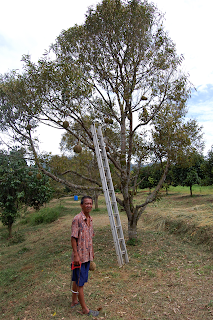 A tall ladder is necessary as the tree grows bigger

Avoid standing on tree limbs since it may damage the bark. 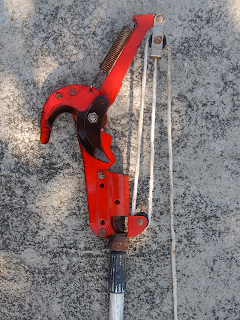 Long-handled equipment is used to make cuts in high areas while standing on the ground. Pole pruners are handy for high work, especially in places where using ladder would be dangerous. Do  not cut  dead  wood more  than 1-inch in diameter with a pole pruner. 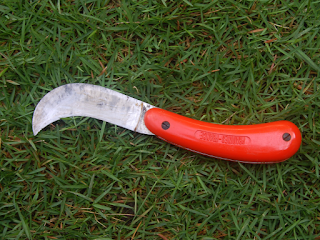 A pruning knife is very useful to trim off snags or tears.
How To Prune

Select the proper tool, depending on the thickness of branches to cut.  The diameter of branches pruned with shears and loppers should not be large since the jaws may be sprung or lopper handles broken. 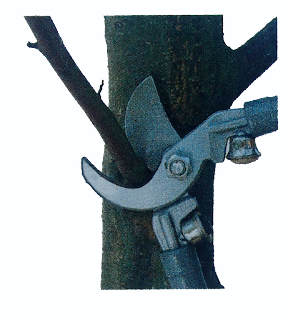 Left - correct way to cut;   Right - wrong way to cut
As a cut is made, place the cutting blade of the shears or loppers close to the remaining branch.  This will result in a smooth cut without leaving a stub. 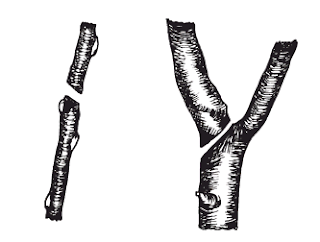 Smooth cuts parallel to growing points will heal over rapidly 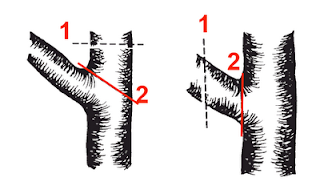 Larger branches should be removed in two steps to prevent tearing the bark.

How To Saw Off A Large Branch

You should only saw off large branches that are not higher than your shoulder. Any work that requires a ladder will need another person to help you. 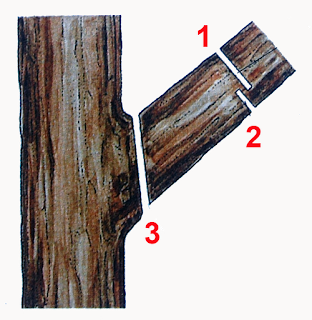 Scrap off the rough edges with a pruning knife and spray some wound protectant on the cut. 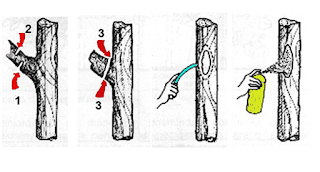 3 steps to saw off a large branch 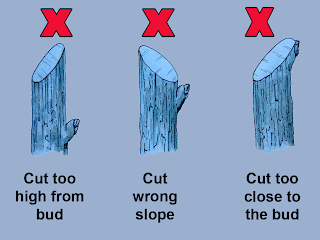 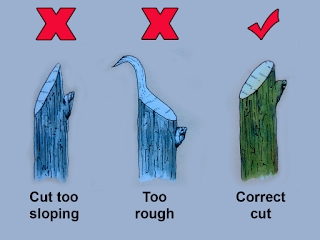 The cut on the left is a good cut. The others are examples of bad cuts. 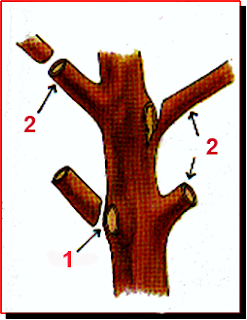