This durian orchard is situated between Kampung Baru Sang Lee and Kampung Sungai Chetang along the old road from Bentong  to Raub in the state of Pahang, Malaysia.  The region here is popularly known as "durian country" because many of the best durian in the country come from here. 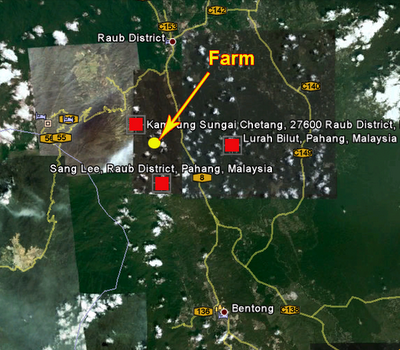 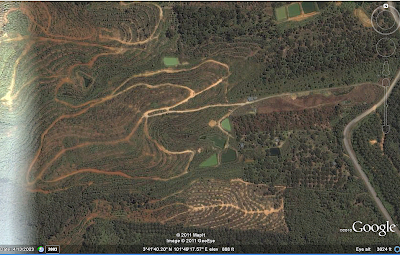 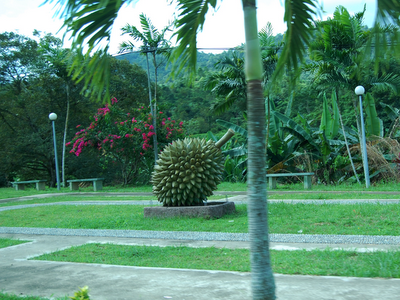 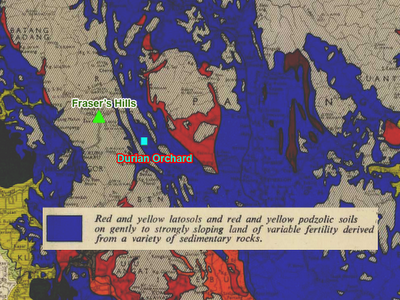 Soil map of the region

The farm is located amidst the central mountain ranges running from north to south of peninsular Malaysia. The soils here are the sedentary soils formed in the interior on a wide range of rock types which are developed on igneous, sedimentary and metamorphic rocks, and are strongly weathered with mostly kaolinitic clay minerals. The sedentary soils fall under the classification order of Nitosols, Acrisols, and Ferralsols (Ultisols, Oxisols). Nutrient deficiencies of Ca, Cu, Mg, Mo and Zn are usually common for these soils.

The durian orchard is composed of heavy soils with about 40% silt, 40% clay and 20% sand and generally classified as silty clay soils. The pH values are low, around 3 and 4, which make the soils acidic and very unfavorable for durians. However, with proper liming and other cultural practices, the durians are growing well.

In general, Malaysia is characterised by a humid tropical climate with heavy rainfall (2540 mm p.a. and above), average daily temperatures of 21-32oC and humidity averaging about 85%. Due to small seasonal variation in incoming solar radiation, the annual difference in daylength is only 2 minutes along the equator and 49 minutes in northern regions, giving a daylength of 12.30 hours year round. 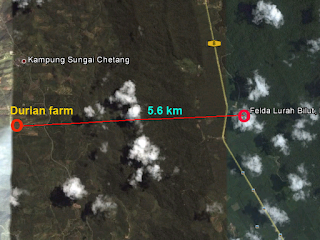 Felda Lurah Bilut is to the east of the durian orchard

The climate at the durian farm is greatly influenced by the monsoons and the change from wet to dry weather and the effect of a dry spell. Felda Lurah Bilut Meteorolological Station which is about 5.6 km to the east gives a fairly good representation of what the weather is like in this durian orchard. 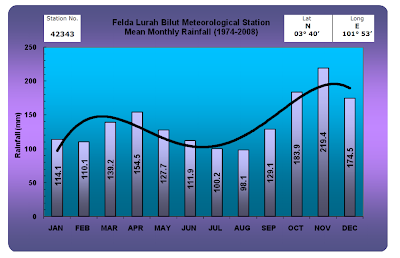 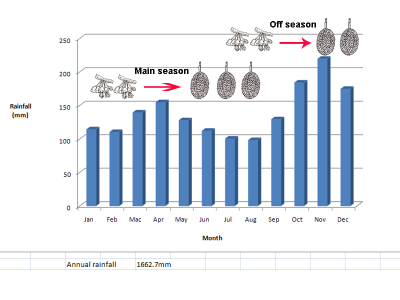 Like most of the districts in the state of Pahang, this durian orchard has two dry spells of about 2-3 weeks in January-February and July-August with the wet weather occurring from October to December. Thus, there tend to be two durian flowering seasons, February-April and July-September, and two fruit seasons with one durian season from June to August and the another durian season in end November-December-January. However, Jerantut and Raub districts have only one durian season from December-January. 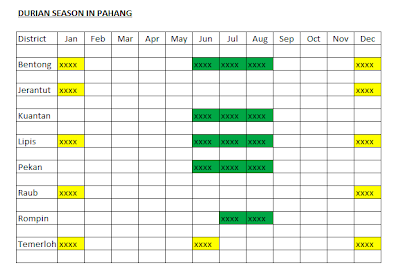 Durian season in the various districts of Pahang, Malaysia 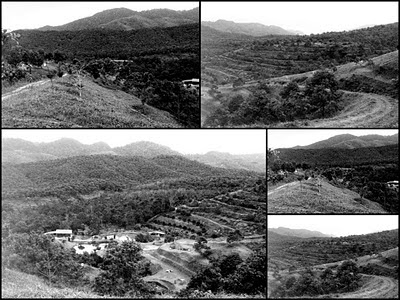 Four durian clones were planted at the farm in 2000 and they are: 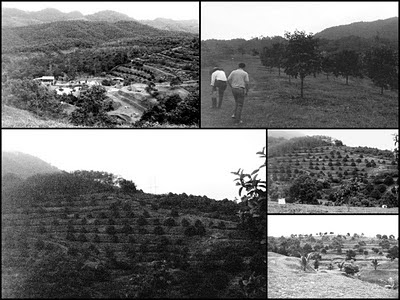 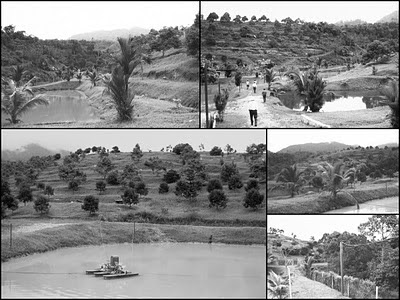 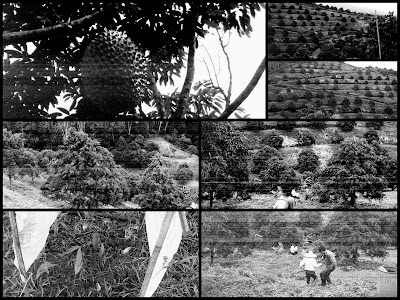 Besides durian, this fruit orchard has the following local fruit trees: